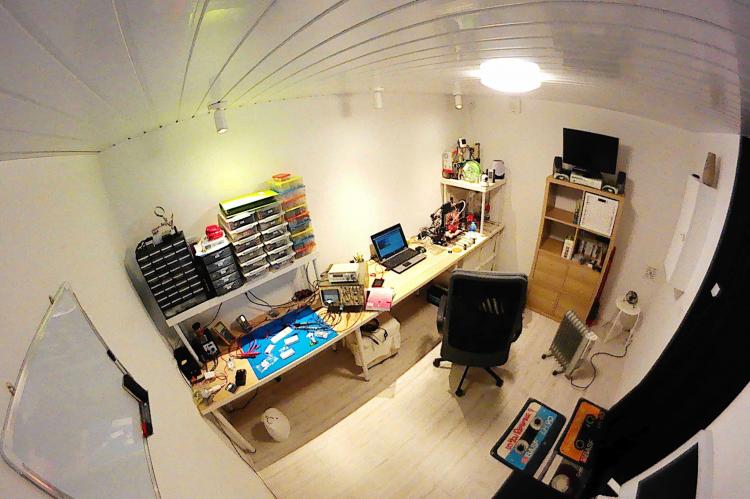 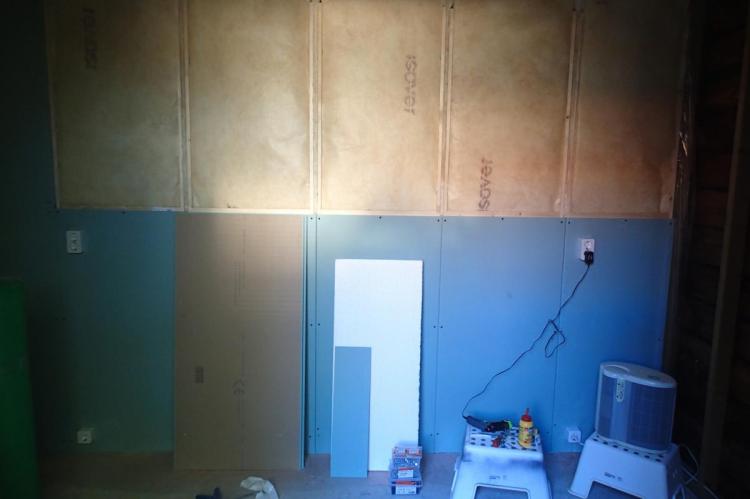 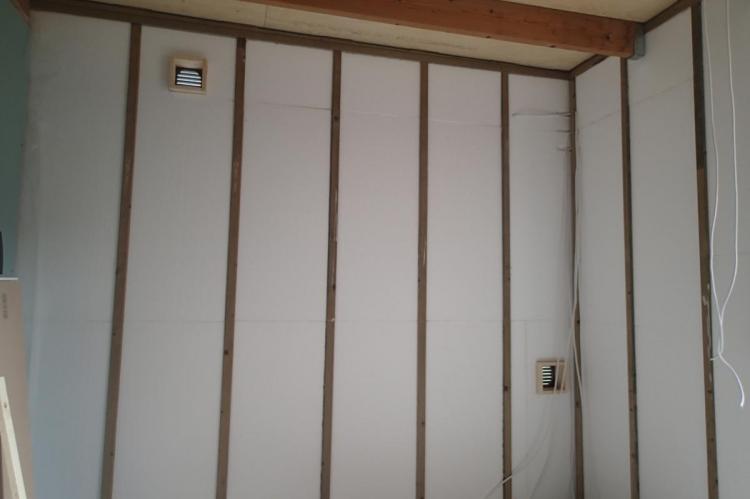 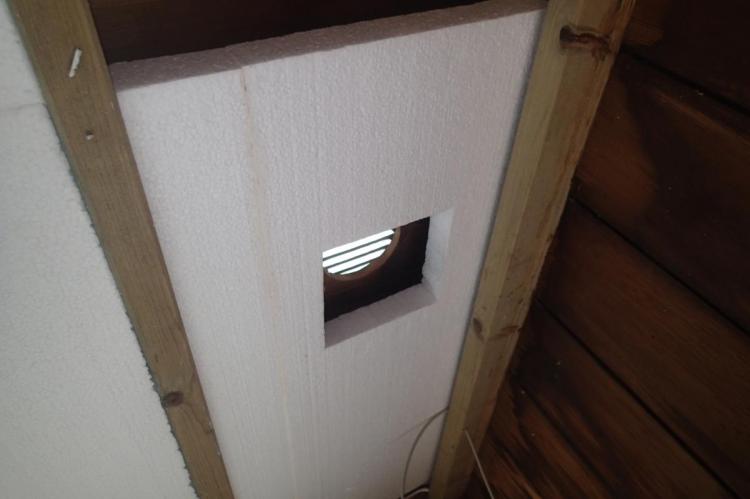 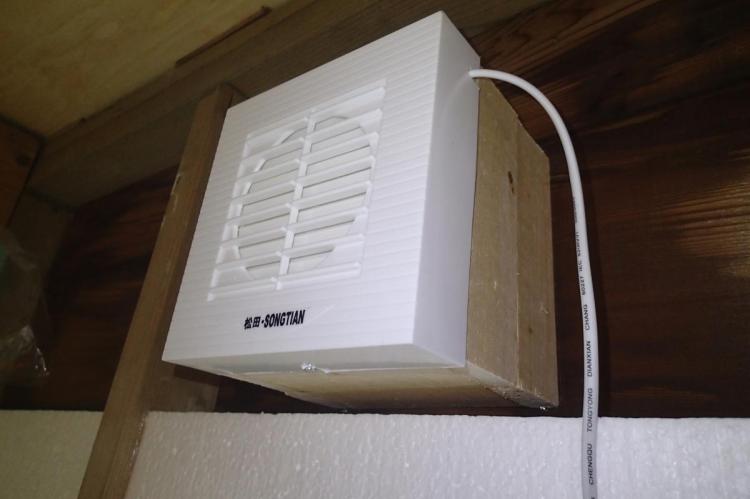 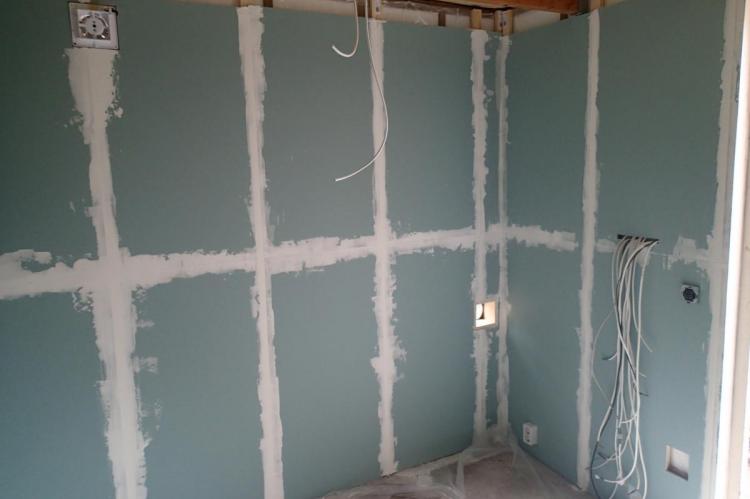 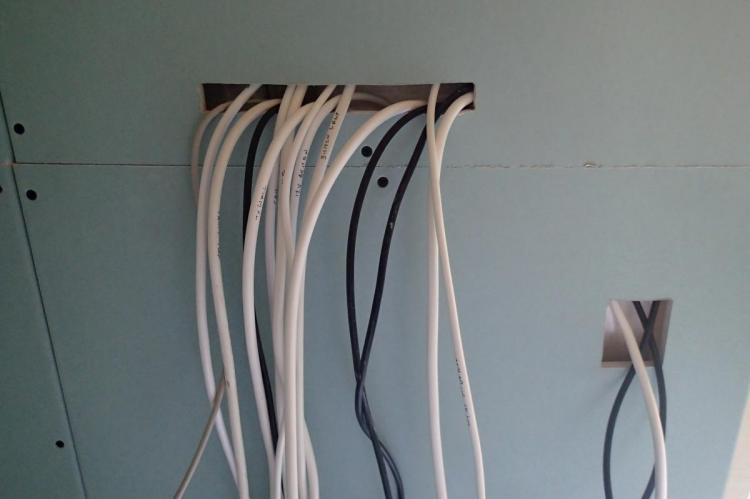 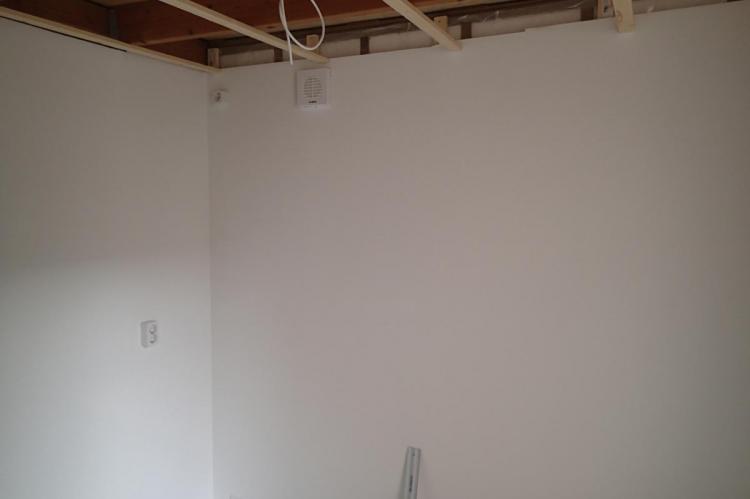 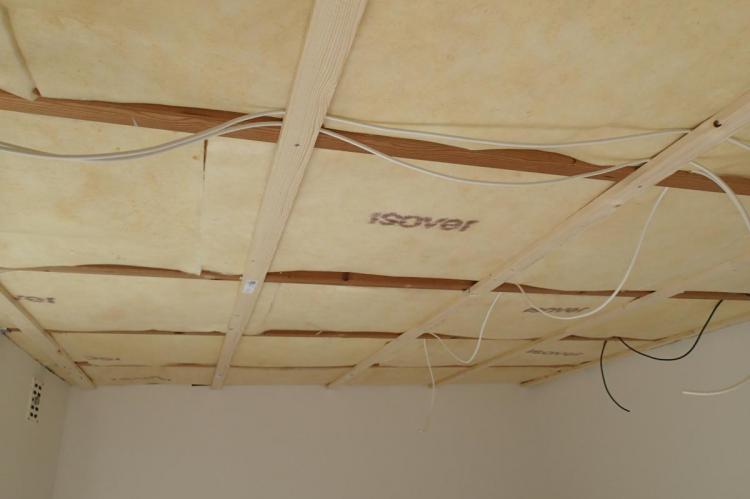 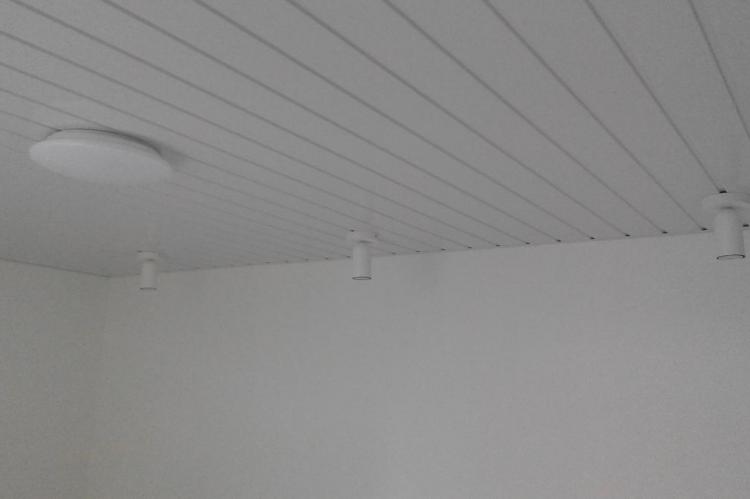 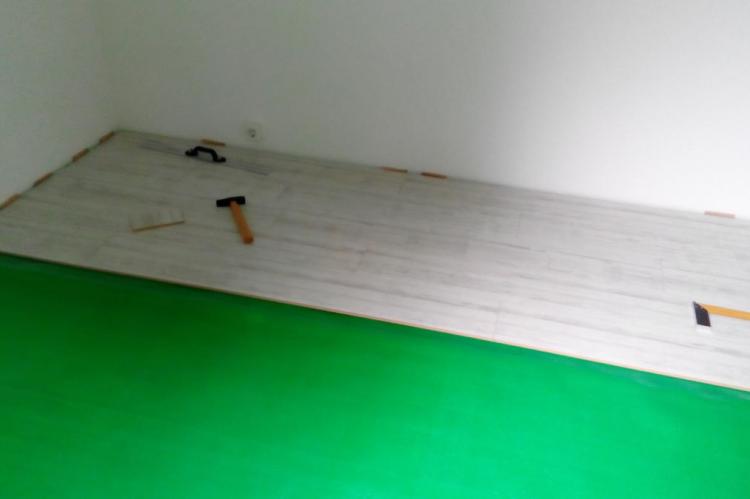 An important thing for a man is to be able to retreat to his own space and do stuff inside it what one likes. Although I have an area on the attic it didn't give me the feeling of complete dominion, so I have decided to create a mancave inside the shed that was outside of the house.

The shed was used as an extra storage space for redundant stuff and I needed to get rid of all the things that were there. For that purpose I have built an extra small shed next to it. Then it was time to start this project.

First I needed to make that space a living quarters as there was always very moist inside. The reasons for that was that it had two brick walls that were in direct contact with the outside with no cavity wall. I have decided to isolate these walls with glass wool. 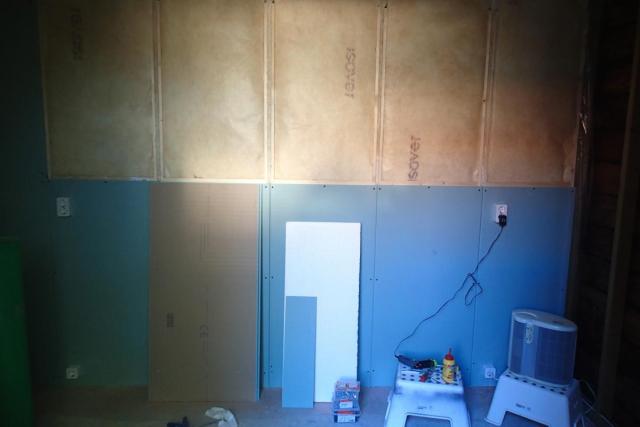 The other two walls were made of wooden boards and had less of that problem, so I isolated them with styrofoam sheets. The other reason for that was, that I could leave a gap between the styrofoam plates and the wooden boards to prevent it from rotting. 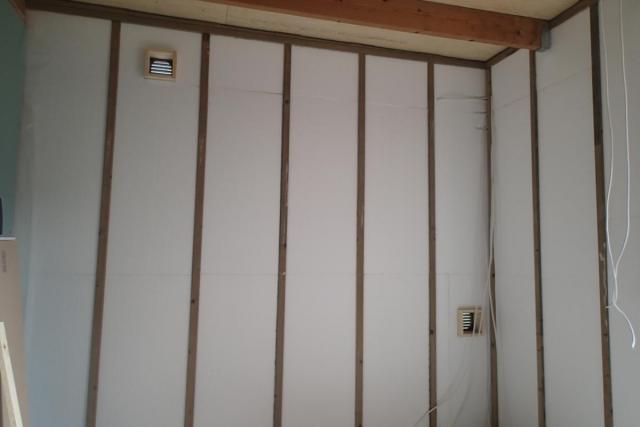 I have also created three vents. The one on the lower side is meant for the outlet of a mobile air conditioning unit. 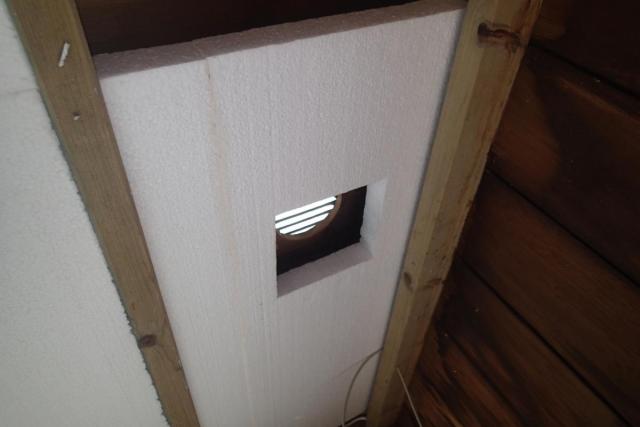 The one on the top I have mounted a fan in case more air flow was needed. The fan that I have used was a standard 10 cm kitchen fan. 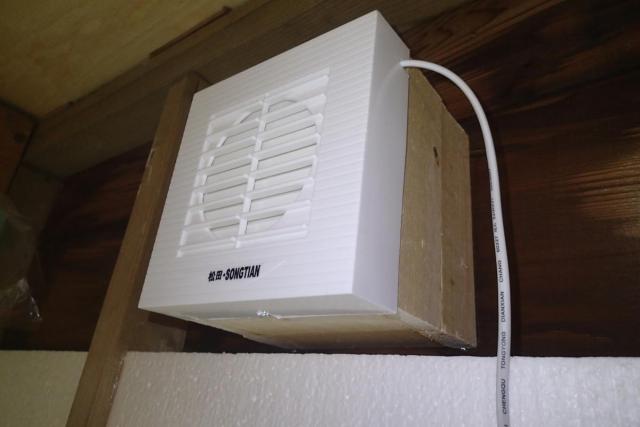 Now all the walls could be covered with plasterboards. 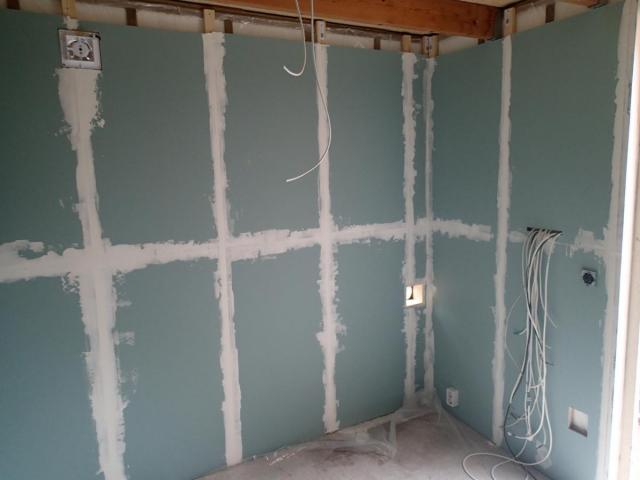 All the cables from the wall outlets and light switches came out at one point. This was the place that I planned for the distribution and fuse box. But this was going to be the last step as first I needed to finish up the walls, ceiling and the floor. 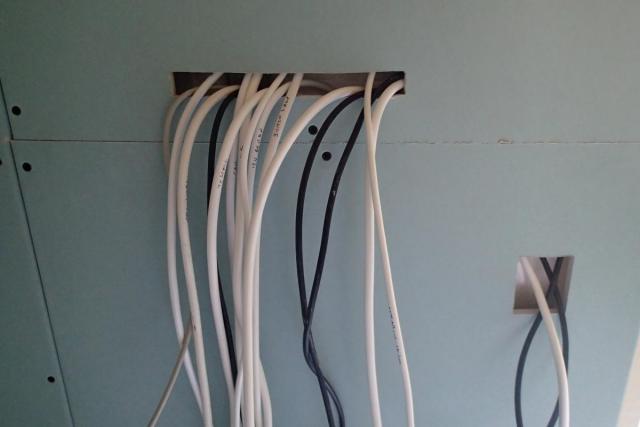 I covered the walls with fiberglass wallpaper, and then painted it with white latex paint. On the picture below you also see that I made a start with the ceiling by installing some wooden laths. 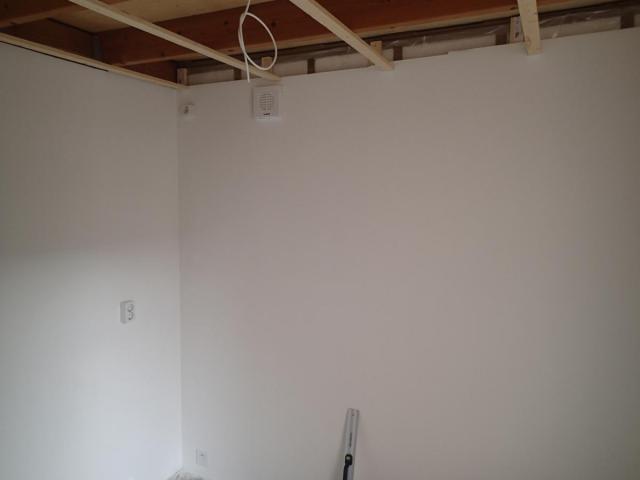 The laths were meant as a support for the glass-wool isolation layer. 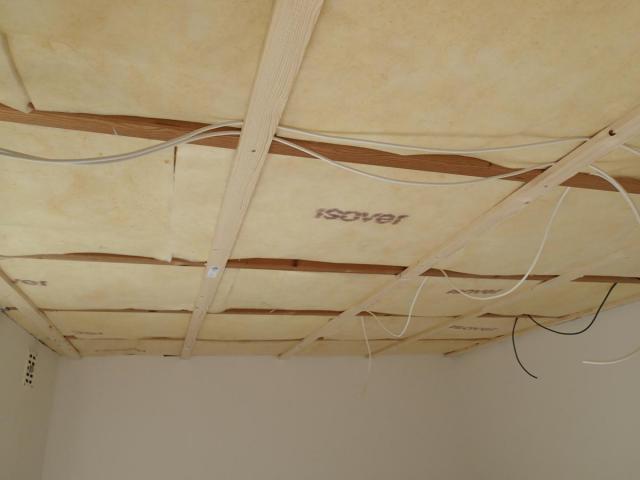 Now I could install the ceiling and lights. In the top of the desk area I put three LED spots and in the middle a LED ceiling lamp. 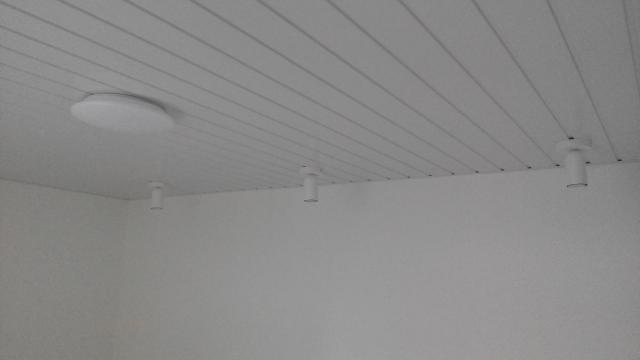 It was finally time to install the laminate floor. The plastic green sheet was for isolation and to stop the moist from entering.

The last thing that I needed to do is to connect all the cables inside a fuse box. This is a project on it's own (that is still in progress) and is described in my next blog item.

I did the mancave project in the summer of 2018 and it lasted longer and costed more then I initially thought. Looking at the dates of the pictures the total time that it took was almost 2 months. But I am happy with it and enjoy this space almost every day.