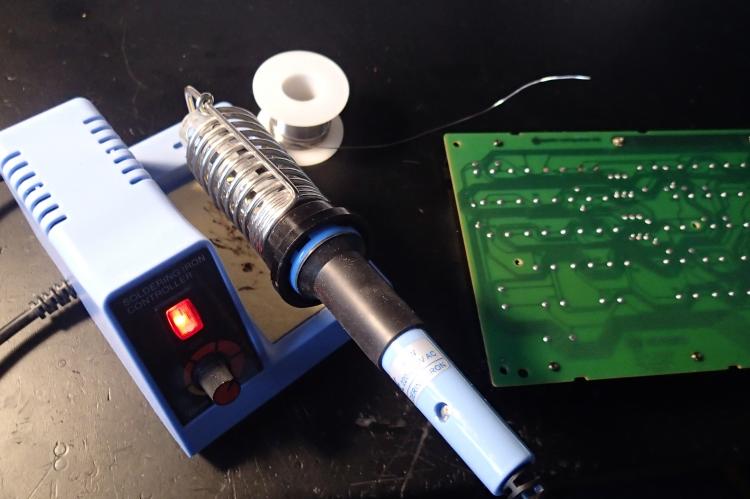 Recently I have bought an Apple Macintosh Plus. Everything was working except one key on the keyboard. The previous owner just glued it permanently to disguise the damage. The key in question is the "Clear" key. It is not used very frequently, that is of course if you are not a heavy user of the Calculator Application. Nevertheless I wanted a fully functional keyboard, so I decided it to fix it.

The key wasn't completly unusable and could be pressed with a toothpick, but it was somehow broken off. 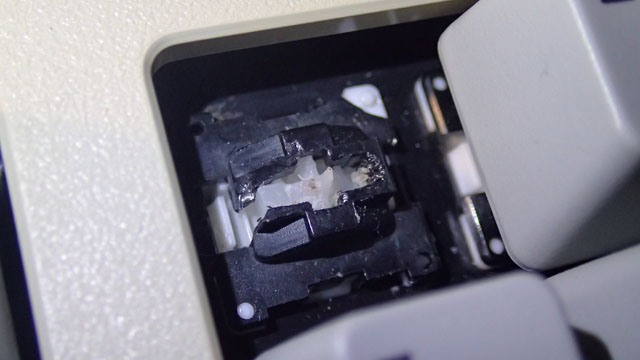 The keyboard in question is Apple computer M0110A keyboard. And according to the Deskthority website it is the Mitsumi version from Japan. My keyboard was assembled in Ireland. 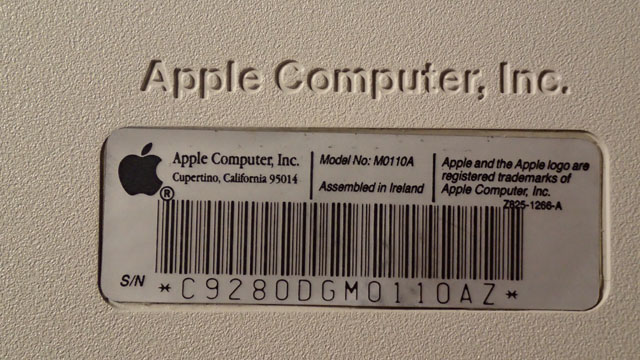 First I needed to desolder the key from the motherboard. 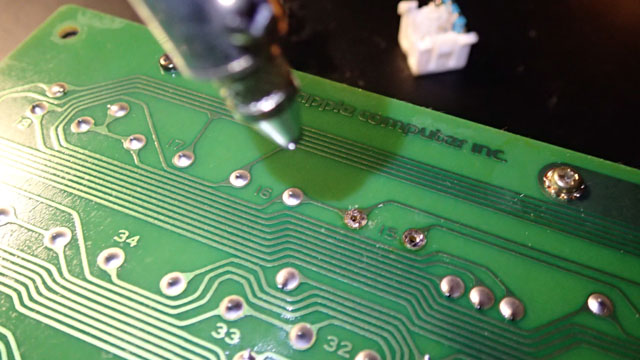 This was fairly easy and the key could be removed. I have used a IC chip remover tool as it suited the job perfectly. 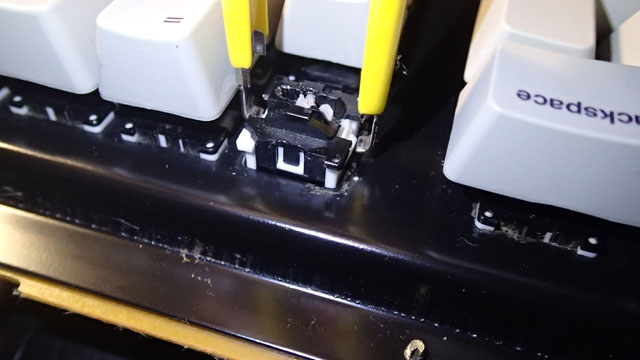 I also needed to disassemble the key in order to access the broken part. 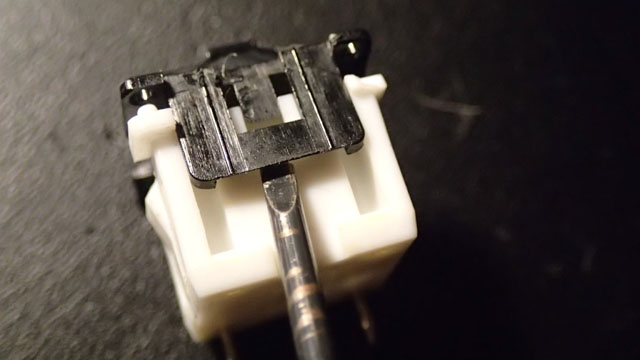 After disassembling these were all the parts. 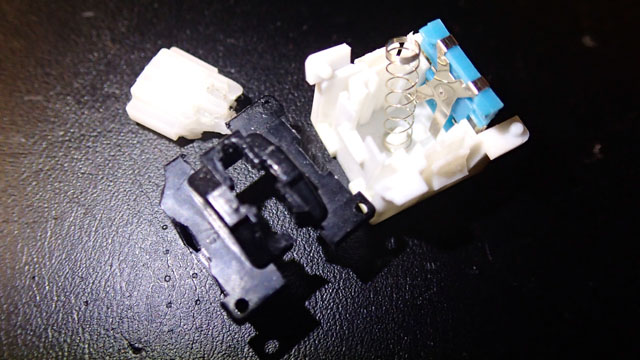 At first I was thinking about designing the broken part in a 3D modelling application like Blender, and then printing it out of a 3D printer. But this piece was actually very complex and instead I have decided to fix it in some other way.

I have used a cut off piece of safety pin and put it inside the plastic to connect the broken part. I have heated the metal pin and with some patience I managed to melt in place. This how it turned out compared to the original. 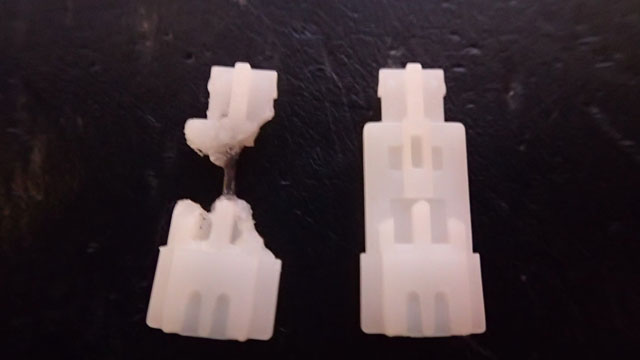 My fix was good enough. The one extra thing that I had to do, was to use the black cover part of another key, as the original one was also a bit broken and collided with my fixed pin. This was the result after reassembling the key. 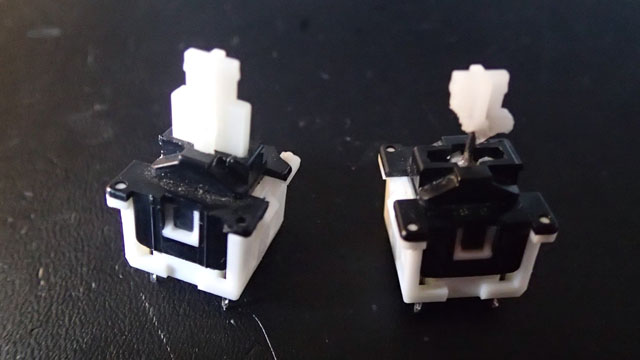 And already assembled inside the chassis of the keyboard. 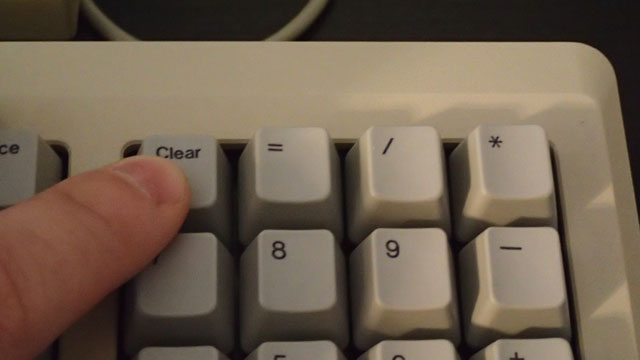 It was now time to test it. I have reconnected it to the Macintosh Plus and fired up te Calculator App. 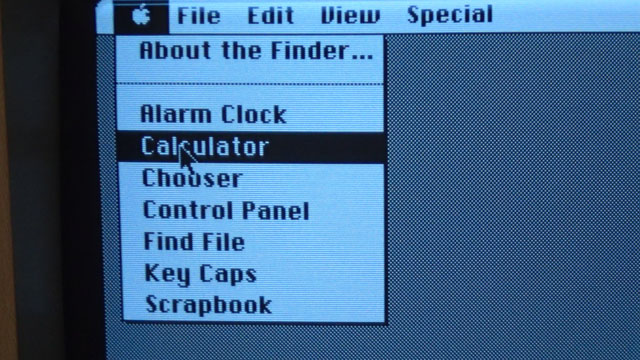 You can see that when I am pressing the key the [C] button becomes black, which means that the key is working. 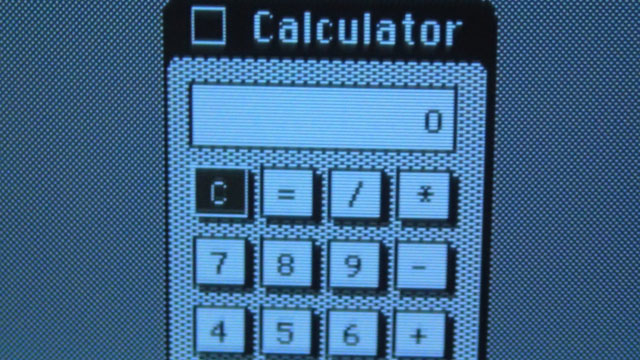 I hope this tutorial will help you if you will have similar problem with your keyboard. You can also contact me if you have any questions regarding this procedure.